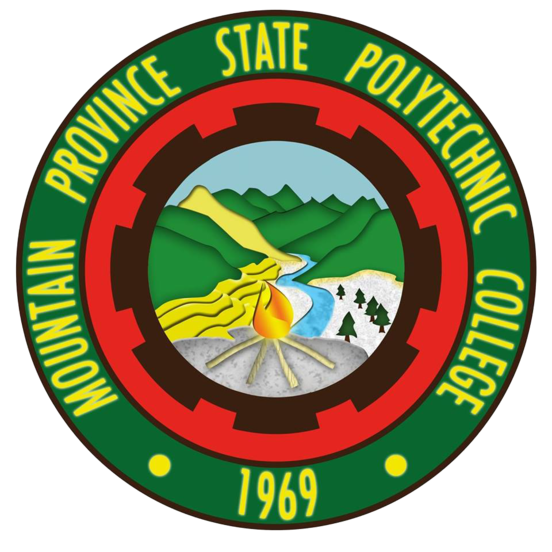 The seal of the college consists of three circles. Between the outer and middle circles is inscribed the name of the institution, "MOUNTAIN PROVINCE STATE POLYTECHNIC COLLEGE" and "1969", representing the year it was founded.

Between the middle and the inner circles is a gear representing science and technology with eight teeth that stand for the six provinces and two cities of Cordillera Administrative Region. Inside the innermost circle is a mountain chain that stands for the ten municipalities of the Mountain Province, that comprise the immediate service areas of the college. The rice terraces represent the culture and characteristics of the people while the pine trees represent the five major tribes of Mountain Province.

The College color is green which represents freshness and life. In addition, each campus has a color. Bontoc campus uses green while Tadian campus adopted maroon.