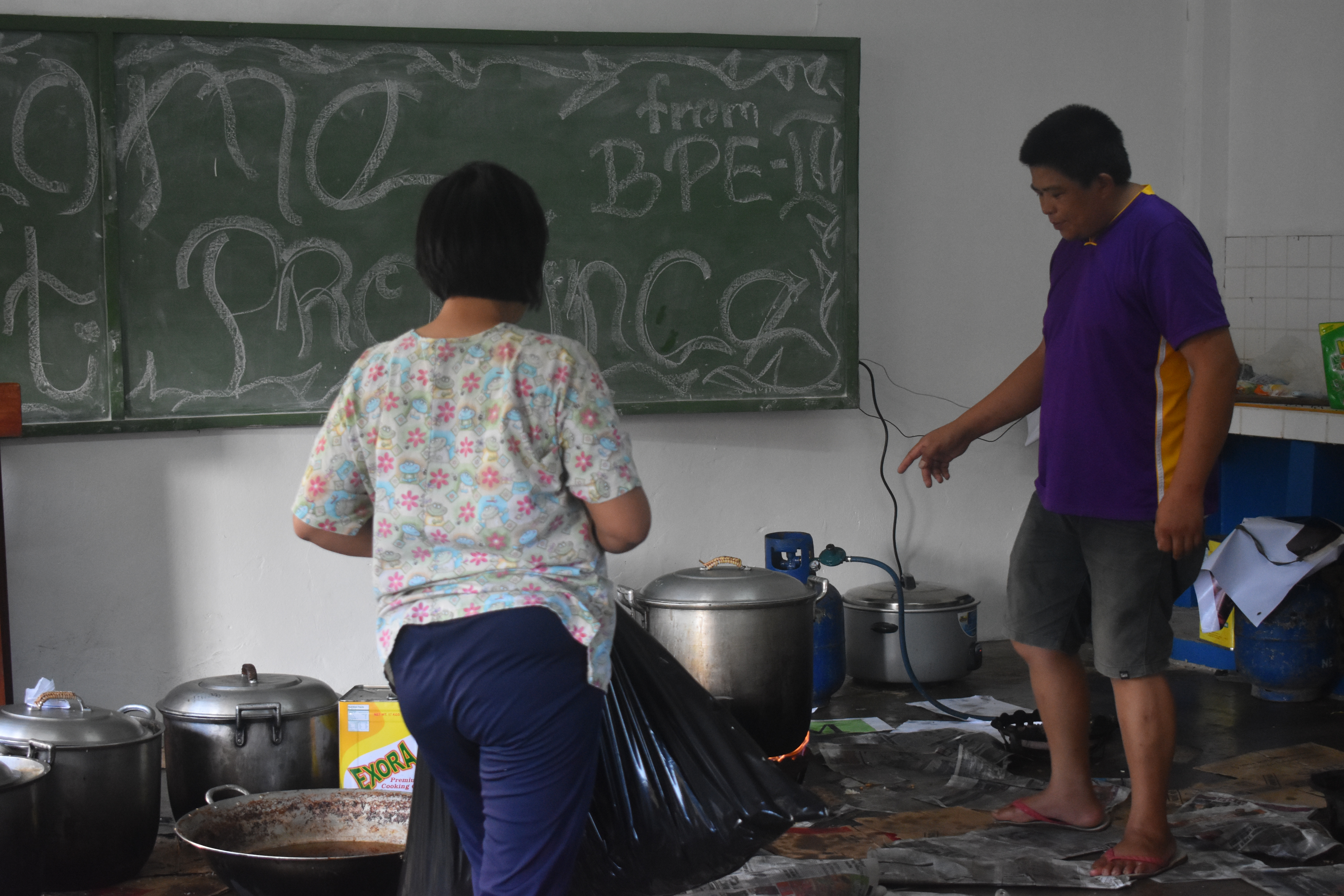 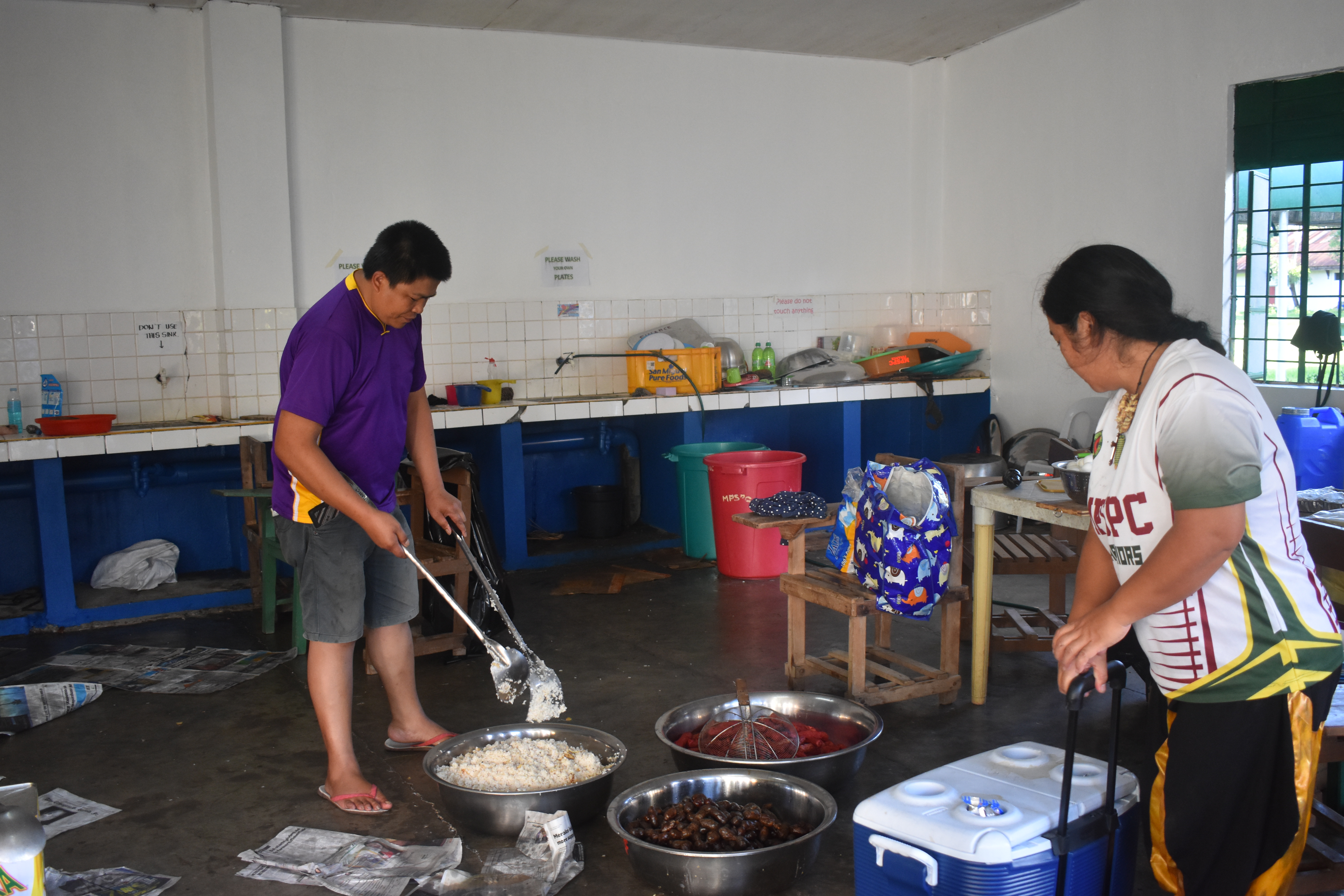 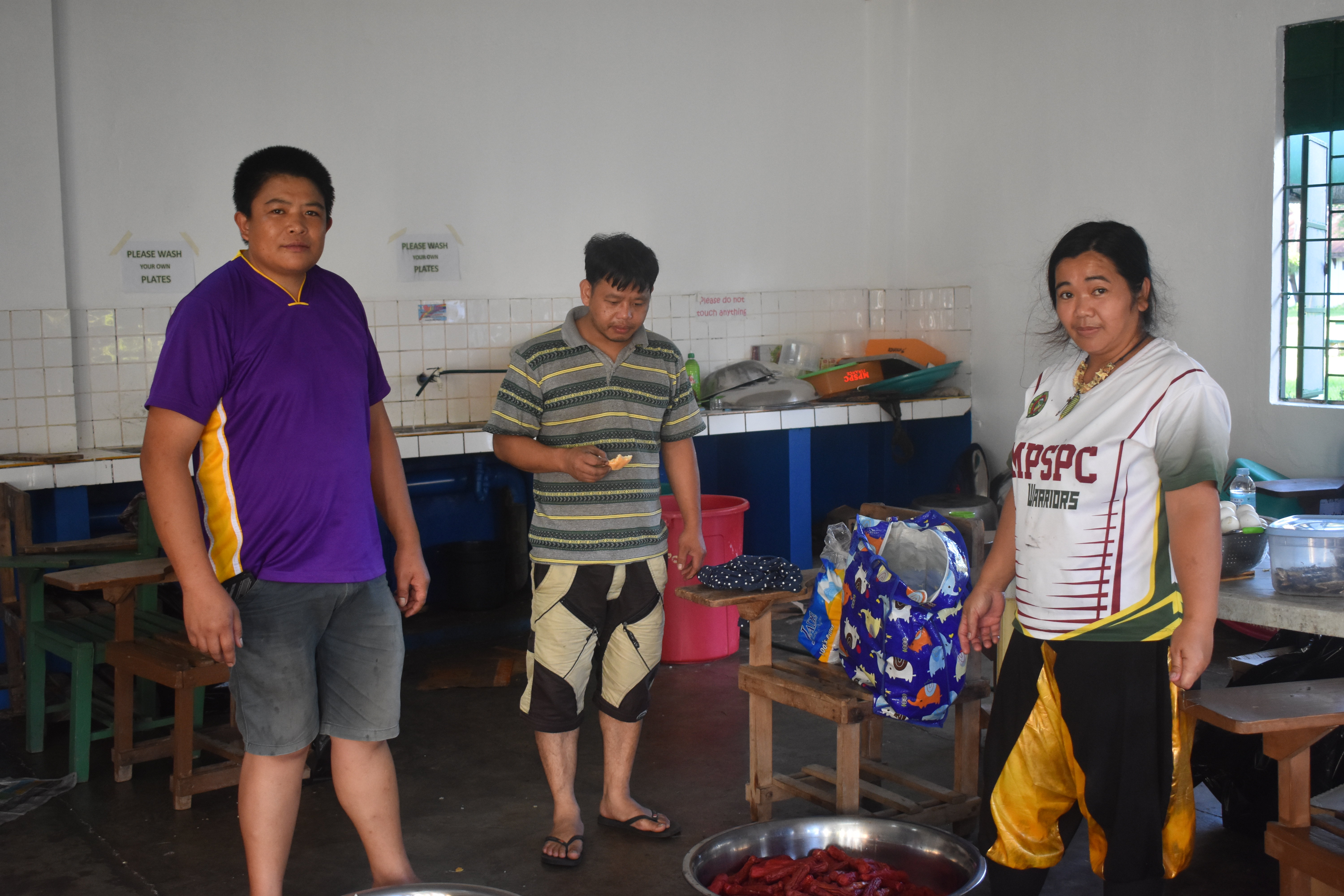 Whissh goes the cooking oil on the large cooking pot as Sir Jessie puts the large pieces of quarter-leg chicken one after the other into the three pots, while Sir Manuel and Ma’am Femia coat the rest of the remaining pieces with flour, not far from the cooking area.

At 11:45 PM during the delegation’s last night in Abra, they were only almost half-way through the process. Later I learned that the cooking ended at 3 in the morning. While the rest of the delegation were resting their tired bodies, the mess committee was busy cooking lunch for the next day. Eventually, with less than an hour rest, the mess team woke up again at 4 AM  to prepare for breakfast.

This cycle of food preparation was the scene at the kitchen for the past five days and six nights. As early as 3 in the morning, the committee goes to Bangued, 23 kilometers away from Lagangilang to get freshly baked pandesal to complete the freshly brewed morning coffee. Hot water is also ready for those who prefer other flavors. Simultaneously, they peel vegetables, onions and garlic, fry and boil eggs and hotdogs and by 5:30 AM, breakfast is served. By 8 AM, when everybody had a full breakfast, the committee washes the large pots and banga, ready for lunch. While the men are doing this, the ladies are repeating the cycle for lunch, prepping various cuisines. For four days, lunch was served at Bangued; thus, food was ferried from the quarters to the center. The dinner prep follows the same plot. For the mess committee, each day starts at 4 and ends at 11 in the evening. Yet despite heavy physical work, they ensured that order in the kitchen is maintained, for they are aware that somehow, the strength of the team relies on them too.

The members of the mess team are the silent movers of MPSPC force to the 2019 CARASUC Athletic Meet. Behind the success of our delegation were the members who unselfishly gave their all just to feed the delegation with excellent food. Sir William was quoted saying, “our work entails a lot of sacrifice, but at the end of the day, it really feels good to serve the student-athletes and the faculty and staff as coaches who are representing our College.” Landing in second place this year was no easy feat for the whole delegation of MPSPC and the mess committee was no exception. For a week, they provided nourishment to the tired bodies of athletes and coaches – nourishment that was instrumental to the institution’s feat.

For every gathering of the various teams during the CARASUC meet, a words of thanks is offered, whether these were voiced out or just said in the mind. Our gratitude is extended to whole mess, including the drivers and security team, led by Sir Domingo Lawagey, Ma’am Virgie Kilito, Sir Codmor & Sir Felix, with a steady support by our fatherly figure, Sir William Tangilag Sr.  (Please check the complete list of the mess committee not to miss out anyone).//